Everyone Has a Role When School Changes 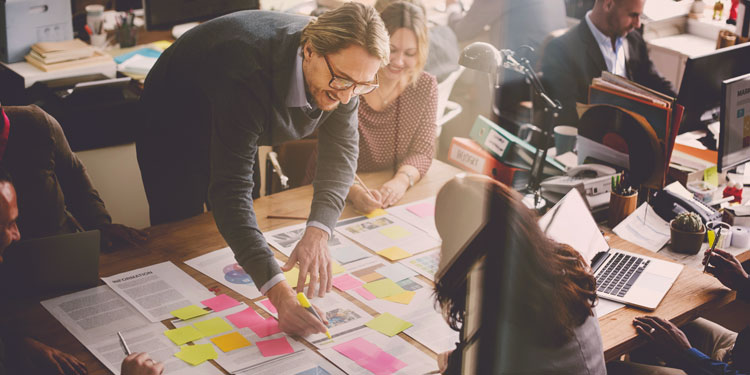 As we know, the education systems are different in each country. However, there are also differences inside countries and between smaller systems like school districts. If we want to make a difference and generate a positive impact, everyone who is part of the system has a role.

When a pedagogical change is taken forth we should not think that the teachers are the only actors responsible for its implementation, Petteri Elo points out. He is a Finnish teacher and educational trainer. He has participated in the elaboration of the Finnish national core curriculum 2016 and has helped schools to implement it. Since then he has expanded his training services overseas, mainly to United States. Currently he works as a part-time teacher in Helsinki and runs his own business, Pedanow.

When any changes are implemented at a school, Elo likes to get the whole school district involved. He feels that the process runs more smoothly when everyone involved understands the reasons behind the change. That is why his training sessions ideally include people from each level of the system as well as parents. Even when the end results  are seen most clearly in the students and in their learning, the adults need to be the force behind the positive change.

Everyone Has a Role to Play

Just like with any community or organisation, schools give the best results when they are well operated. This means that everyone has their special areas of responsibility and also understands their role in the bigger picture. But management, teachers and parents should all work for the common goal: making the school better.

“Teachers are the implementers and administration the enabler. But in creating innovation, everyone needs to work together seamlessly”, Elo sums up. Managers help everyone to understand the objectives and the value of each action. As the main voice of the school, principal has to send a clear message in and outside the school. One of the most important tasks is to support teachers in their job and personal development. But in the end, teachers are responsible for the actions in the class. In addition to choosing the methods used, they set the atmosphere in the class.

Parents’ role is also important. They are not only responsible for the care of the children but set an example at home. That is why parents need to be included in the discussions regarding the visions of the school. The students’ attitude towards school is more positive when the parents show that they also trust and believe in the education system. But in order to trust it they need to understand it. This is why Elo organises training sessions with the parents and shows, for instance, how pedagogical methods can be used in everyday life. However, Elo reminds that the proper teaching is very demanding and needs formal training on the use of appropriate pedagogical methods and tools required in each situation, and this needs to happen at school.

He emphasises the importance of mutual trust and open discussions between different actors and each level. When new ideas are implemented at school the whole staff needs to be part of the process, and the parents need to respect the professionalism of the educators. “We cannot allow outsourcing”, states Elo. With this he means that the responsibility can’t be pushed around in circles, without anyone taking action.

In 2015 Elo was given the opportunity to work in Virginia as a Fulbright Scholar. Since then he has gained more experiences from the education system in the United States as he has been training educators in different States and school districts. Elo has noticed some differences between USA and Finland on his latest posting in Indiana.

The main differences are the assessment practices and teachers’ autonomy. Standardized testing plays a major role in student assessment in the United States. Detailed data is collected about the student performance and this data is used in planning strategies to improve student performance. However, this data is also used to rank States, school districts, schools and ultimately students. This element of ranking is not present in Finnish schools. Although summative assessment is still used and students get grades, the emphasis has radically shifted more towards formative assessment practices and descriptive feedback. This trend combined with skill-centered approach of the National Curriculum is, in Elo’s mind, directing the Finnish education system towards very exciting future.

The autonomy of Finnish teachers is often brought up. According to Elo, this autonomy can work both ways. If schools are led wisely and teachers are motivated professionals, this autonomy often leads to innovation in pedagogical practices. However, if not implemented with care, it can also result in inaccurate implementation of the Curriculum. According to Elo, American educators seem extremely committed in strictly putting into practice the Curriculum and hitting its learning objects. Some flexibility is certainly needed but, in his opinion, this commitment is something that Finnish educators could also learn from.

Careful planning and customization was the key to success in Elo’s most recent project in Indiana. He ran sessions for central office staff, trained teachers, spoke with students and spent a day co-teaching with South Putnam High School teachers modelling some of his favorite student-centred strategies. The project ended in a community event at the school where Elo addressed the parents in his keynote presentation. Elo hopes to see similar enthusiasm from many schools and school districts also in the future, because that is how we can bring about change – working together.